BEFORE AN ELECTRIC CAR STARTS UP FOR THE FIRST TIME

ŠKODA has launched the production of MEB batteries at its Mladá Boleslav plant. Come and see what happens to the batteries afterwards, how they become part of an electric car and set it in motion for the first time.

MEB batteries that power the all-electric ŠKODA ENYAQ iV and ENYAQ COUPÉ iV are made on a production line at ŠKODA’s main factory in three versions. These differ in terms of the number of battery modules (8, 9 or 12) and thus their total capacity.

“On the production line the battery goes through all the necessary tests and is charged to 14 kWh, which is 20-25 per cent of the total battery capacity,” explains MEB battery assembly specialist David Bolcek.

This level of charging is designed to ensure that the battery can handle all the necessary steps in the car manufacturing process, including bringing the car to life and sending it on its first drive. The battery leaves the factory with all the connectors needed to hook it up to other parts of the car. It also includes underbody protection, which is a durable metal plate covering the bottom of the battery. This will later form the chassis of the car. 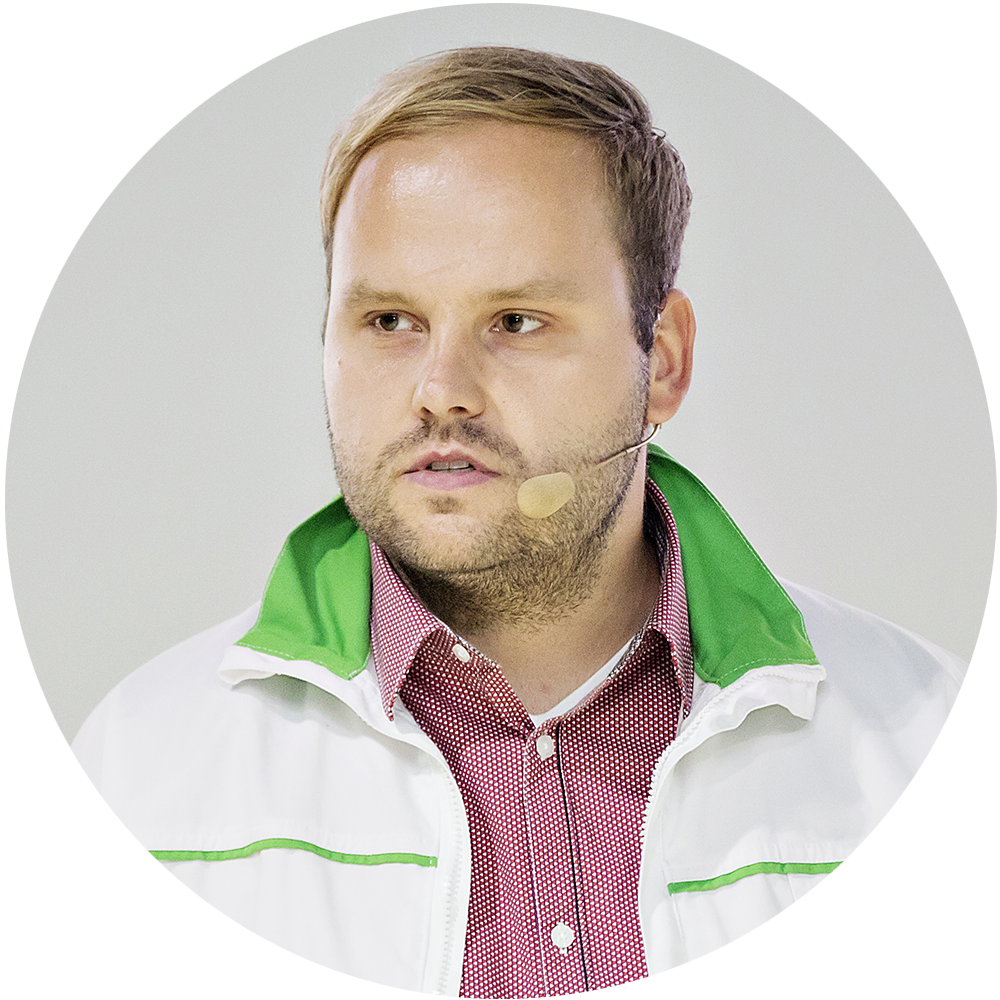 So how does a battery weighing 500 kilos (that’s the weight of the 12-module version) become the heart of an entire electric car? On the production line where ŠKODA OCTAVIAs are made as well as the ENYAQ iV and ENYAQ COUPÉ iV models, the battery first comes into contact with a robot, which places it on the chassis frame. “The chassis frame with the battery then proceeds down the line for subsequent assembly work,” says Josef Mulka, a BEV and PHEC specialist from the car production management department. 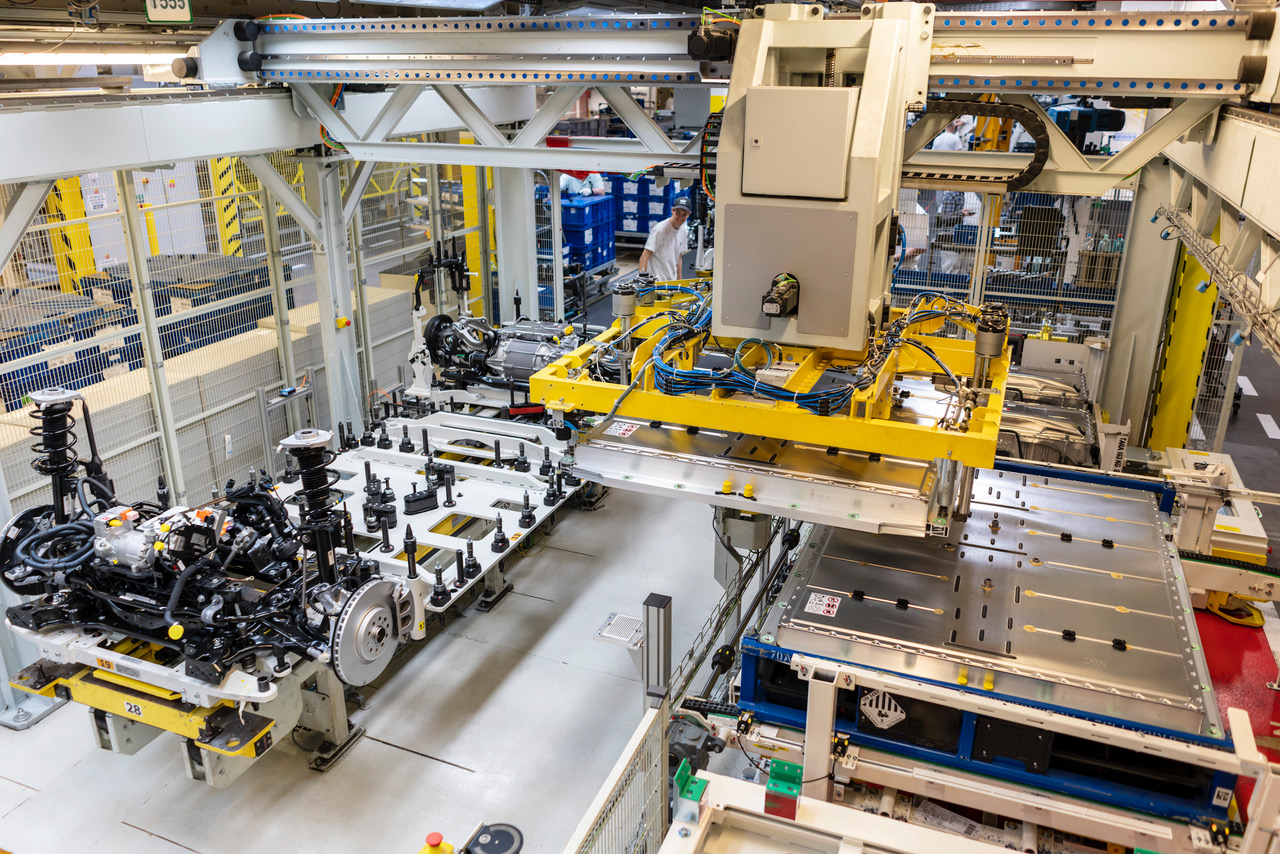 A robot has placed the battery on the chassis frame.

This work involves connecting the battery to other components. “We attach what’s known as a cable channel to the MEB battery – this connects the vehicle’s front and rear modules. It contains the brake lines, the vehicle communication cable harnesses, the cooling lines for high-voltage components and the orange high-voltage harnesses. As part of the chassis assembly, we connect everything up to form one functional unit,” explains Mulka. At this stage, a charging socket for later charging of the vehicle or electric motor – or two electric motors in the case of all-wheel drive ENYAQ iV vehicles – is connected to the battery and other components. 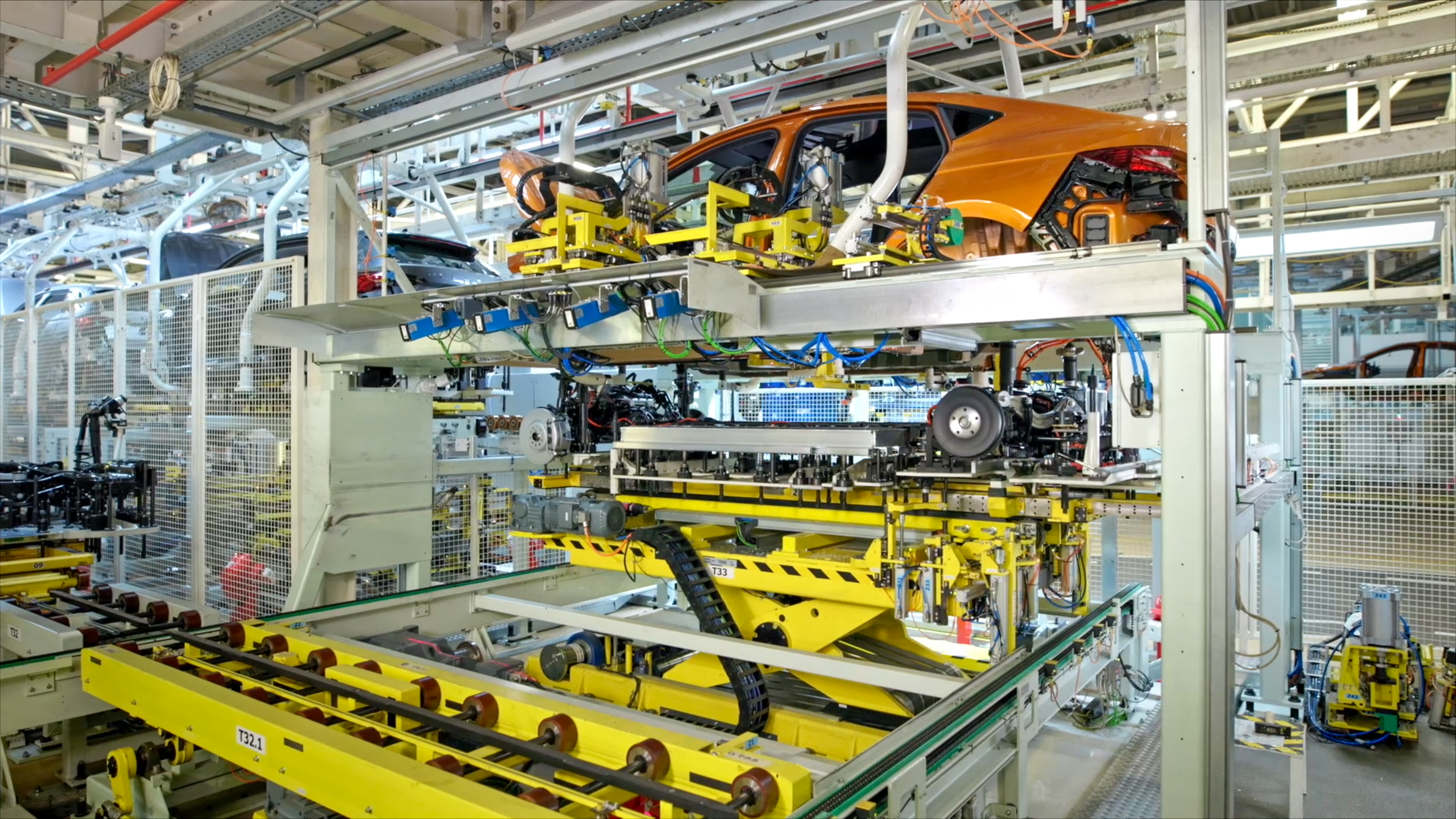 The “wedding” connecting the finished chassis with the body

The outcome is a finished chassis that is ready for the “wedding”. This is the term used for the connection between the chassis and the body. The battery itself is connected to the body with 16 or 24 bolts around its perimeter (the number depends on the size of the battery) and four in the middle of the battery. The “wedding” is fully automatic and conducted by a robot that also bolts the front and rear axles to the body.

“Next, we check the wiring of all components at several stations on the production line,” says Josef Mulka. The car is also coming to life. “An employee with an industrial computer, known as an MFT, uploads software to the control units in the vehicle, including the MEB battery. The computer checks that the vehicle contains the right MEB battery with the right parameters – the control software for the MEB battery itself is loaded into the battery while it is being manufactured,” Mulka offers details. 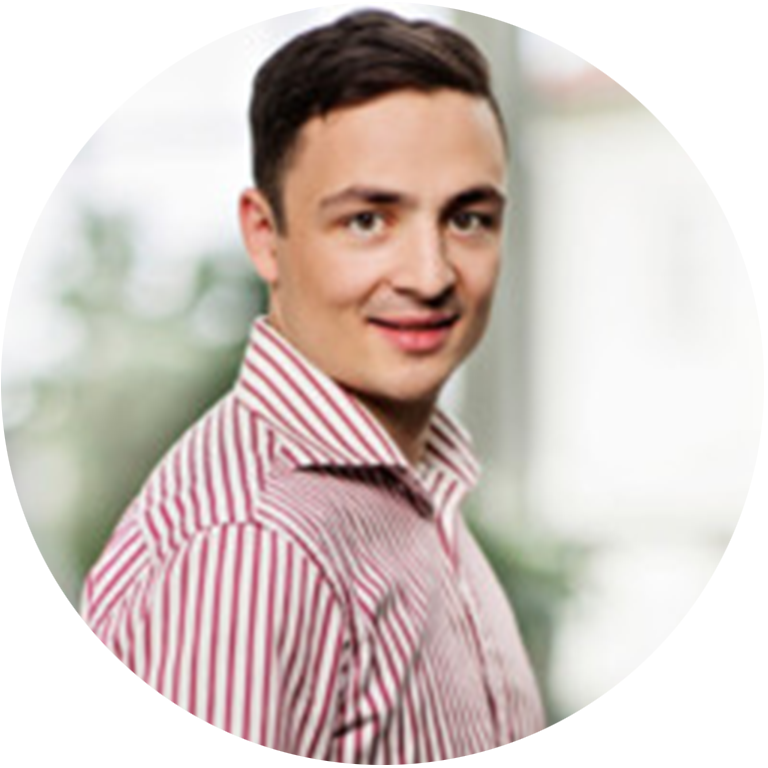 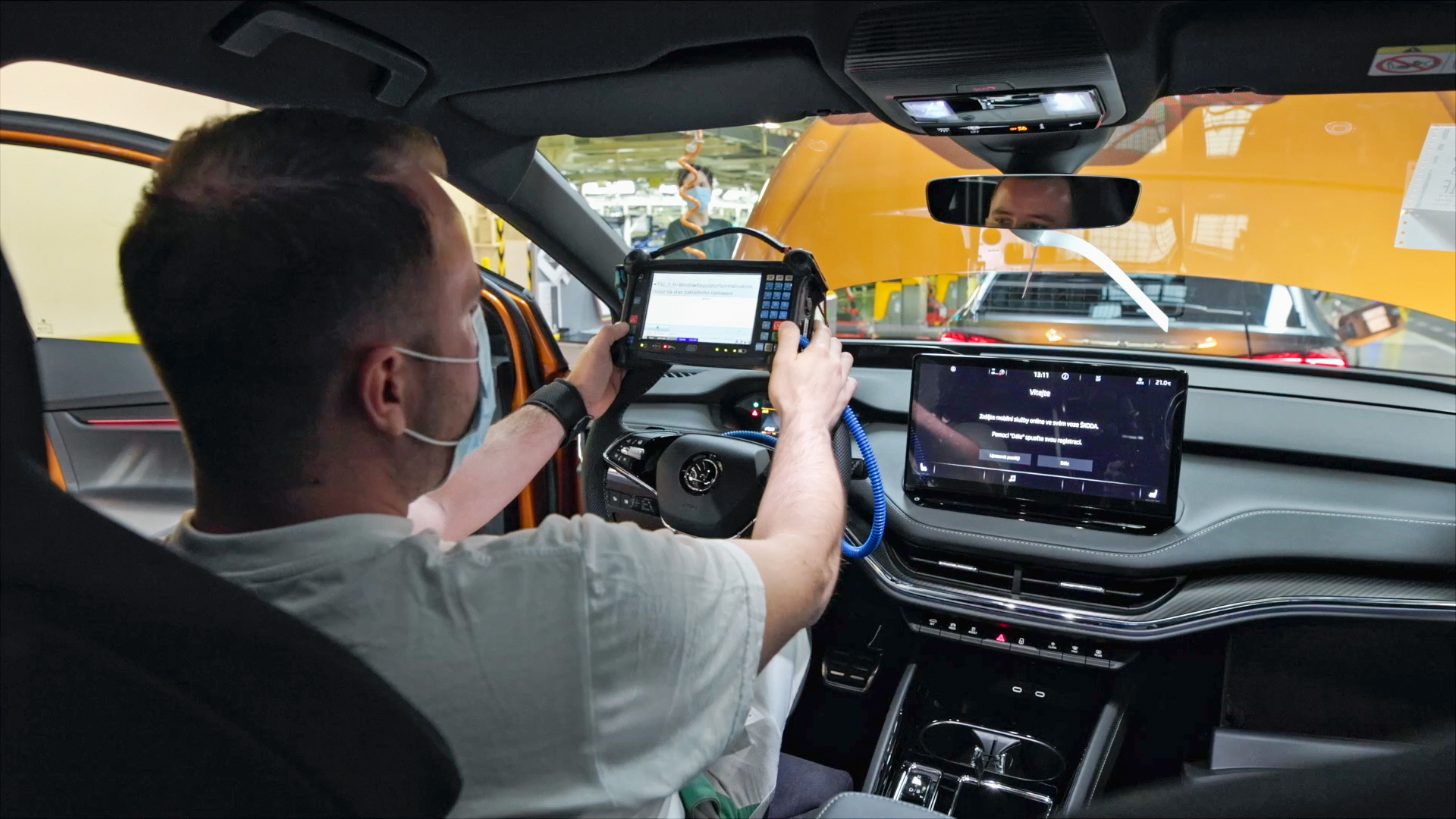 An industrial computer known as an MFT is used to upload software into the car’s control units, including the MEB battery.

Once all the connections and important parameters successfully pass through the next check, the electric car can start for the first time. It is brought to life by switching on the service connector, after which the contactors in the MEB battery switch on. This physically connects the vehicle’s high-voltage network to the battery for the first time, and the car starts up under its own power and drives away for the final quality check. And then it is ready to make its way to the customer. 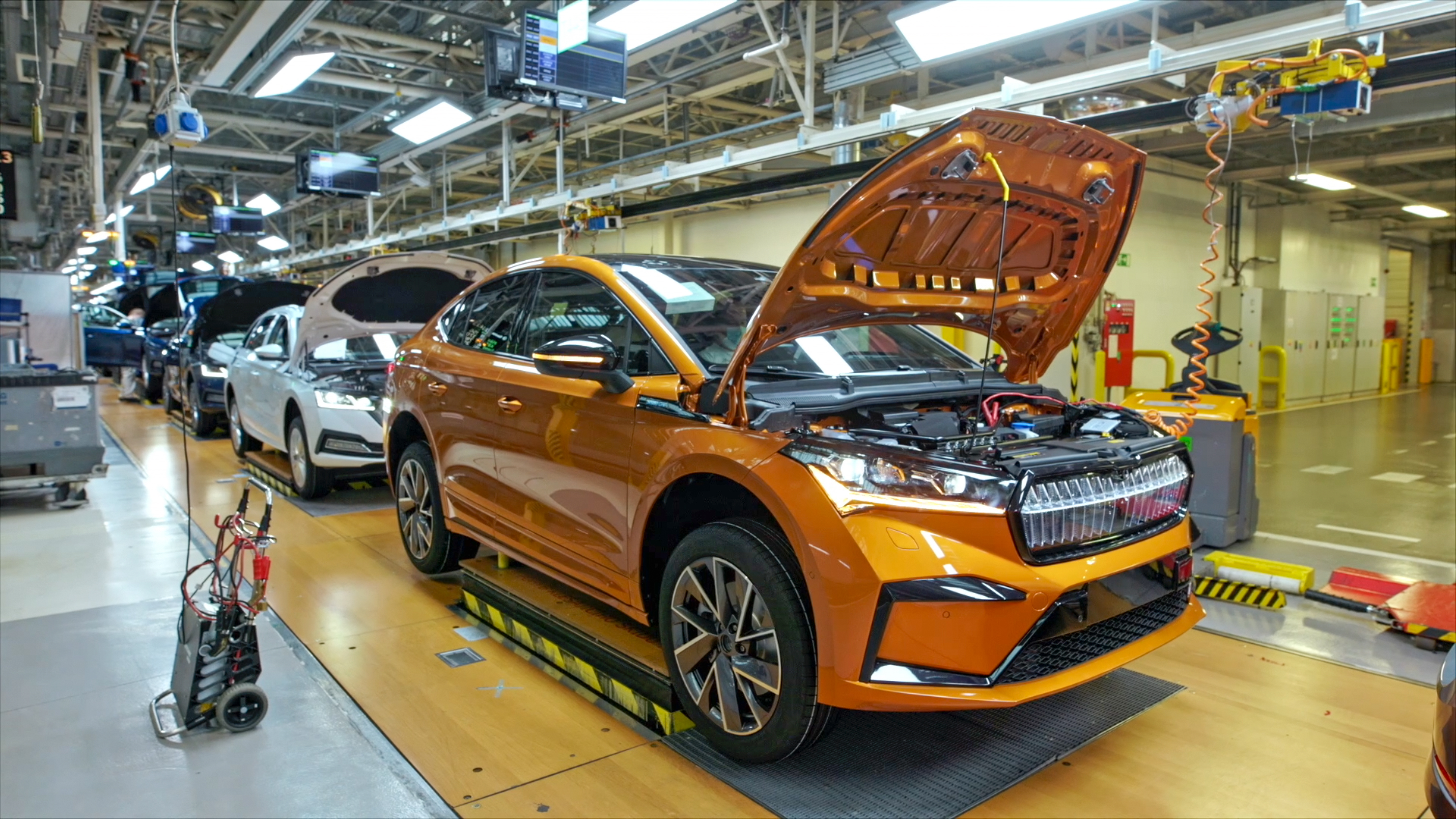 The finished car starts up for the first time.

Company Info
Back to Top