Coming later this year, the ENYAQ iV is an ultra-efficient SUV built on our new MEB-platform. Space, power and stylish design all combine to give you an all-electric SUV that you’re sure to fall in love with.

The ENYAQ iV gets its title from the Irish name ‘Enya’ which means ‘source of life’. The name itself is derived from the Irish Gaelic word ‘Eithne’, which means ‘essence’, ‘spirit’, or ‘principal’. We chose ENYAQ to symbolise a new era for ŠKODA, one which embraces the power of electric driving.

JOIN THE EVOLUTION The ŠKODA ENYAQ iV is our first model to be built on the innovative MEB-platform. It has allowed us to create an interior that gives you a huge amount of space, including a 585-litre boot. Couple this with the sleek exterior design and you get a practical family car with plenty of presence on the road.
CHARGE QUICKER You can charge the ŠKODA ENYAQ iV in one of three ways. The car can be charged using a standard domestic plug or, if you install one, a home wall box which will charge it in around 6-8 hours. Charging at a DC fast-charging station however will take your ENYAQ’s battery from 10% to 80% in just 40 minutes.
GO FURTHER
The ŠKODA ENYAQ iV boasts an efficiently powerful battery. In fact, on one charge you can go up to 500km (the equivalent to 310 miles). The motor also gives you electric acceleration to take you from 0-62mph in just 6.2 seconds*.
Register your interest Please sign up for more information regarding opportunities to see the ENYAQ IV which will be available to order later in 2020. KEEP ME INFORMED
STAY CONNECTED The ŠKODA ENYAQ iV comes with an impressive range of connectivity features. It’s always connected to the internet so you can instantly access your favourite music and podcasts, all of which are easily browsed via the 13-inch touchscreen in the centre of the dashboard. It also features a head-up display with augmented reality that projects your route onto the road ahead.
INTERESTED IN THE ENYAQ IV?

Excitement is growing, but the ŠKODA ENYAQ iV hasn't been fully unveiled yet. Complete the form to be among the first to receive news and updates.

The interior of the brand’s first all-electric SUV takes inspiration from modern living environments. The Design Selections replace conventional trim lines and feature natural, sustainably produced and recycled materials. Norbert Weber, Head of Interior Design at ŠKODA, explains the new interior of the ENYAQ iV and its highlights in a video interview. 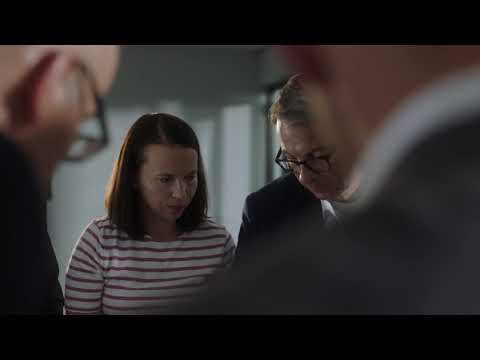 This site uses cookies and related technologies for site operation, analytics and third party advertising purposes as described in our Privacy and Data Processing Policy. You may choose to consent to our use of these technologies, or further manage your preferences. To opt-out of sharing with third parties information related to these technologies, select "Manage Settings" or submit a Do Not Sell My Personal Information request.